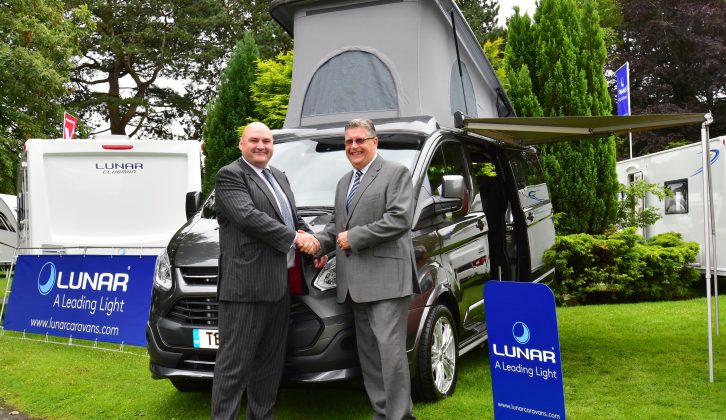 There’s a new name in the world of motorhomes: Lunar Campers.

One immediate beneficiary of this is the Wellhouse Terrier camper van.

Demand for this model has outgrown Wellhouse’s facilities at Skelmanthorpe, near Huddersfield, but moving to Lunar’s factory in Preston later this year will almost double production capacity to at least 400 per annum.

Wellhouse Leisure was established in 2003 and has since grown into one of the UK’s best-respected converters.

It is also a company that has starred in Practical Motorhome‘s Owner Satisfaction Awards, doing battle with much larger companies and scooping Gold Awards in 2016 and 2017.

Indeed, this year Wellhouse was the second-placed supplying dealer of new motorhomes for sale in the UK as well as achieving a Gold Award as a motorhome manufacturer, so we hope this continues under this new arrangement.

“I am extremely excited by this opportunity to work with Lunar and build on the success of our campers,” said Elliott.

“Lunar already has lots of experience of building smaller campers and Wellhouse Leisure and Lunar Caravans have a great synergy together, so this is a valuable opportunity for us to develop Lunar Campers as the leading camper van producer not just in the UK, but all of Europe.”

“Adding camper vans to our range of caravans and motorhomes is an exciting next step for Lunar, and we really recognise the hard work Wellhouse Leisure has put in to developing its Ford Terrier,” added Brian Mellor, CEO of Lunar Holdings.

“The design, high quality and value for money of the Wellhouse product is a perfect match for Lunar and we are enjoying working together making plans for a stellar future of Lunar Campers.”

The first public outing for this new venture will be at the Caravan Salon in Düsseldorf, Germany, between 26 August to 3 September, where the Wellhouse Ford Terrier by Lunar Campers will make its European debut on the Lunar Caravans stand – head to C30 in Hall 12 to see it.