Tom shows how the extender benefits the taller motorcaravanner The cassette handle is hollow Rough out the plywood and drill Then cut out the handle hole Bend and drill the aluminium plate Bolt the aluminium to the plywood Side view of assembled piece Finished piece with an earlier version side by side Plans and measurements for the aluminium section 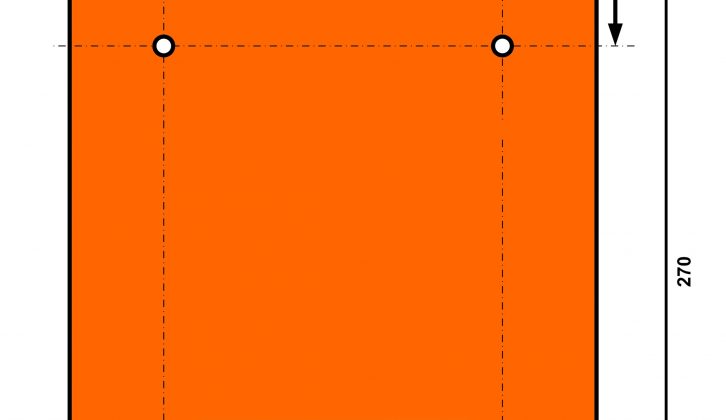 Plans and measurements for plywood

Cassette toilets are a fantastic advance in motorhomes and caravans – the ability to service the waste container from outside, rather than having to carry it through the habitation area as in the past, is a vast improvement.

Those cassettes originally came in various sizes, including little ones for smaller toilets, which would almost invariably require emptying every day.

Then there was the larger cassette for the bench-seat toilet. These were good for a couple of days, but because of their increased capacity, they became a tad heavy when nearly full.

Eventually, the designers came up with the idea of cassettes with wheels and pull-out handles. It was, without doubt, another improvement. But what about those of us who are over five feet six inches tall?

That handle doesn’t pull out very far, so we sometimes have to walk stooped over to the cassette-emptying point. (Coming back is no problem, of course, because it’s then so much lighter, and easy to lift and carry.)

The extending handle on the modern bench cassette is hollow and, viewed from beneath, has two deep pockets.

My arrangement made use of a piece of thick, angled, aluminium chequer plate that I already had. It measured about 50 x 70mm, and I cut it to 140mm long. One side was drilled with a couple of 12mm holes and then two slots were cut out (see diagrams).

This left a couple of stout tangs that would fit into the hollow pockets of the existing cassette handle. The bit in the middle remained, because it wasn’t necessary to remove it.

To make a new handle, a piece of plywood was bolted onto the other face of the angle with four M4 screws.

If I hadn’t been recycling existing materials, I would have ordered a new piece of 50 x 50 x 5mm aluminium angle, 140mm long, and changed my four M4 screw hole positions to suit.

As an additional benefit, I discovered that the finished handle extender stowed away very neatly, immediately behind the cassette toilet door.

As an additional benefit, I discovered that the finished handle extender stowed away very neatly behind the cassette toilet door