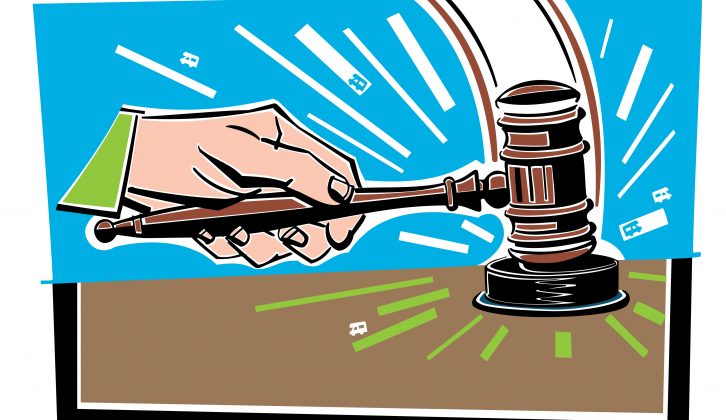 A motorhome is a special-purpose, M1-category vehicle built with accommodation. Those with a Maximum Technically Permitted Laden Mass (or MTPLM) of up to 3500kg are Private Light Goods Vehicles; those whose MTPLMs exceed 3500kg are classed as Private Heavy Goods Vehicles. For vehicle tax rates, see DVLA form V149.

A driver who passed the road driving test before 1 January 1997 may drive a motorhome of up to 7500kg MTPLM on his or her B+C1 licence. At age 70, a licence holder may still drive a ’van of up to 3500kg MTPLM on the same basis as for a car. To continue driving a ’van that weighs more, the owner must submit a medical form D4 with renewal applications.

Drivers who passed their test on or after 1 January 1997 may drive a motorhome of up to 3500kg on a B licence. To operate any ‘van with an MTPLM of 3501-7500kg, they must pass a C1 licence test. A full C driving licence is required to operate a motorhome with an MTPLM of more than 7500kg – in order to do so, you must first pass an additional test. Note that some US RVs are heavier than 7500kg.

Motorhomes registered on or after 20 October 2007 must have seatbelts on all forward- and rear-facing designated travelling seats. All seatbelts must be worn.

You may carry passengers in the back of older motorcaravans that lack seatbelts in the rear seats. However, Practical Motorhome strongly advises against this.

If you feel you’ve been ‘had’ after buying a motorhome, the law is on your side. Note, though, that you have much less recourse if you bought privately. ‘Sold as seen’ means ‘buyer beware’.

The law is also on the side of the seller if you could have noticed any defects before buying. You can only sue for compensation if such defects were hidden or latent, such as damp.

Be open to resolving your dispute by negotiation, mediation or arbitration