Volkswagen Commercial Vehicles has released the first images of its planned successor to the Caddy Beach, the little sister to the California it has been selling since 2005 for those who want to head off on a “micro adventure”. The new vehicle will have a fully panoramic roof which you can darken, a sprung bed that is almost 2m long, and the same folding seats you get in the California that can be stowed in the rear doors. The vehicle, due to be built in Poland in a factory the company has almost completed, will also be the first commercial vehicle produced by VW to offer assisted driving at all speeds. 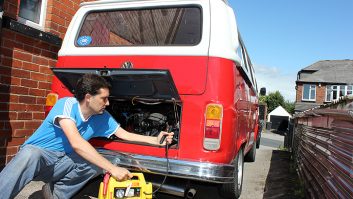